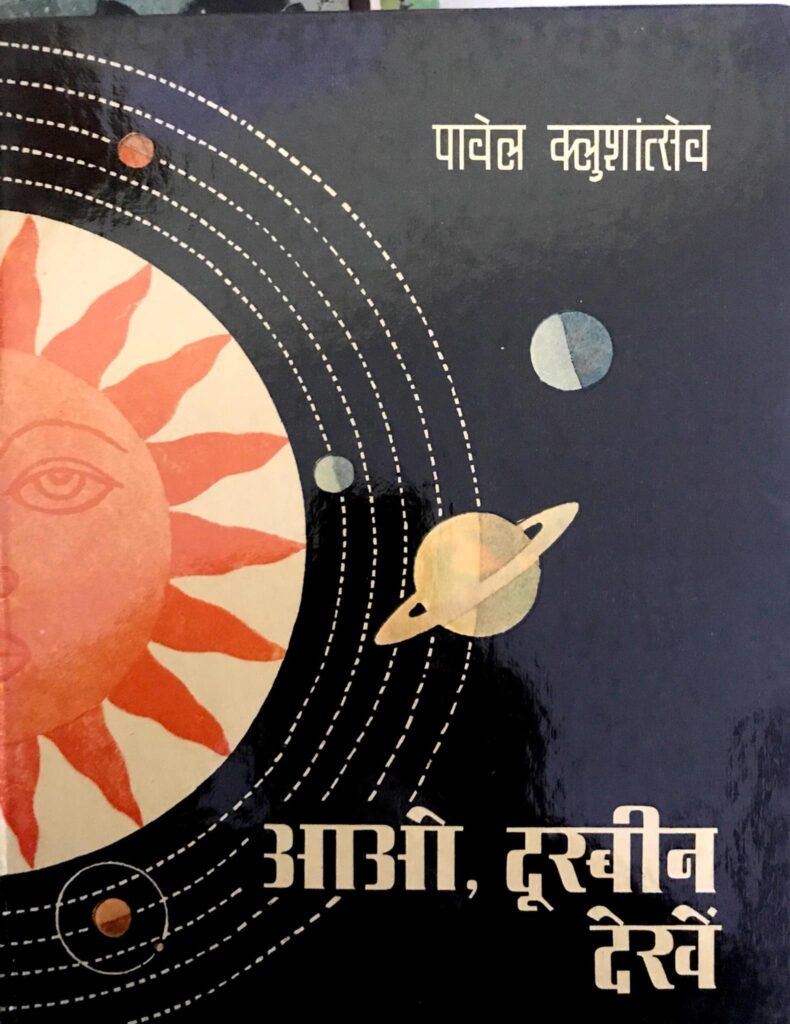 What is this book? Here is a brief by another reader of this gem.

All About The Telescope on Amazon

I got this book when my father bought its hardcover at a mela, back when USSR had just broken, or was about to break – probably the former – but in the early 1990s without a doubt. Trying to find a copy in any of the Indian languages is diffcult nowadays, if not impossible. I stumbled upon its Bengali translation going for ₹675 on Amazon.

I think it cost my father ₹2, or ₹10, but not much more 30 years ago. Even if one assumes continuous inflation of 10% p.a. it was incredibly cheap… and yet, priceless. It piqued such an interest in me that I am ended up pursuing engineering as my career. I buggered my father to buy more books like these. After weeks of pestering and much searching, he found one that had a picture of the Sun and it war priced more than ₹300 back then. It was, of course, an American publication. To put things in perspective, my school semester fees was ₹110.

In the wake of the Russo-Ukrainian War, Europeans are incredulous at India’s persisting with non-alignment strategy. They find educated Indians unabashedly standing with Russia even when the Russia-China alignment is against India’s interest. But is it really that hard to understand?

While Gandhi himself stood with the British in WW-I, the latter’s treacherous response pushed Indians towards everybody who stood against the British. When USA was openely against the British Raj, back in early 20th century, racism kept them from supporting it openely. And while the Indian independence movement was ideologically dominated by the Marxists from the beginning , the friendship with USSR began only during Indira Gandhi’s tenure.

When europeans and europhiles still maintain the same thinking. Is it really that surprising to see what an Indian’s opinion is then?

The full book is available on archive.org in English as well as in Hindi.