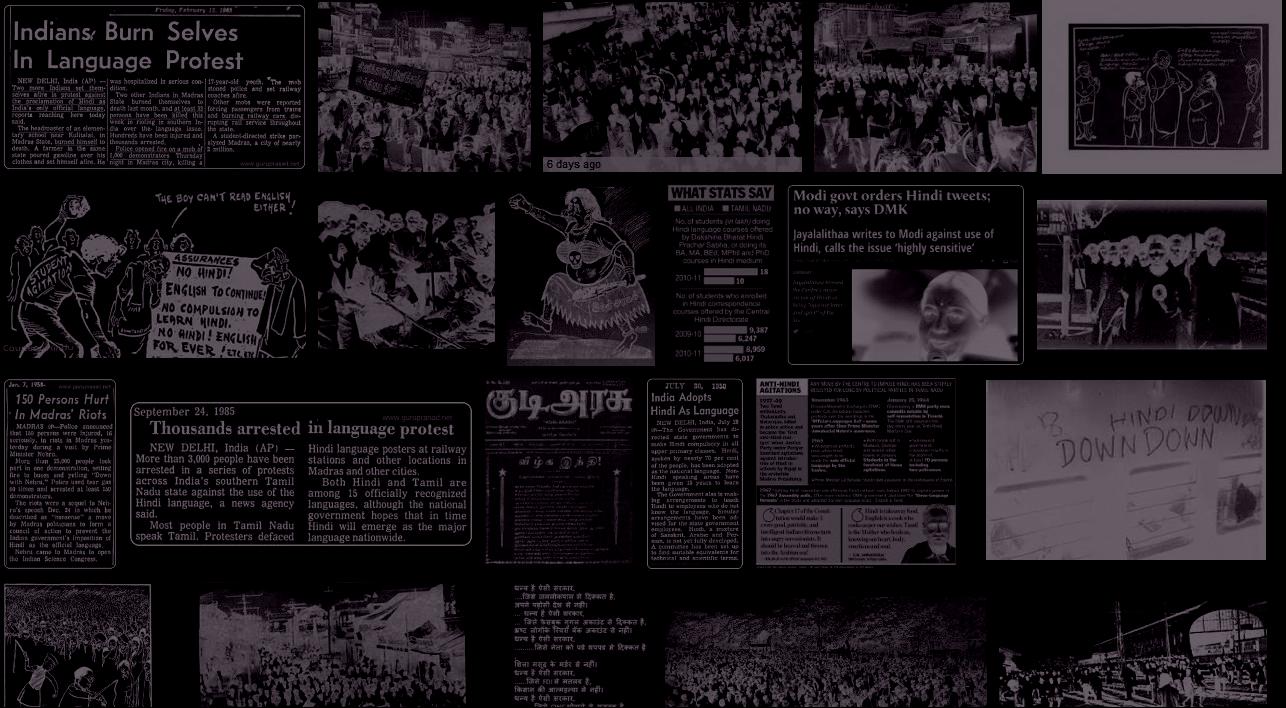 Personally, I believe that all states should be declared a nation and India should simply dissolve. I think we all deserve it.

As far as language is concerned, I am not a Hindi proponent, but I don’t think there is any Hindi imperialism. In this country, if you want a job of peon you ought to know English. People who speak English have money, and the world caters to people who have money. Hindi is just a tag-along due to the ill-conceived notion of nationalism at the time of independence, and for that fault, it gets a lot of bad talk, especially from Tamilians but actually from all the non-native Hindi speaking states. The truth is that the Hindi written in government documents is mostly illegible to even native Hindi speakers because of its bastardization. The actual ‘Khari-boli’ is half Urdu and people do NOT speak it because of government, they speak it because of Bollywood. Government “promotion” of Hindi only harms both the language and its speakers.

Lastly, I have learned many languages in my life and I have from childhood itself found it a waste of my time. This includes studying Hindi course in school, Sanskrit, English, German and to a certain extent Tamil. The only language I ever wanted to learn was Japanese and that is because I prefer to watch anime without dubbing. In my job, I have learned C++, Perl, Java, Fortran, Python, shell scripting, PLP, SQL. I don’t see any benefit in encumbering myself with yet another language.