Hindu philosophy is getting attacked by regressive Judiciary 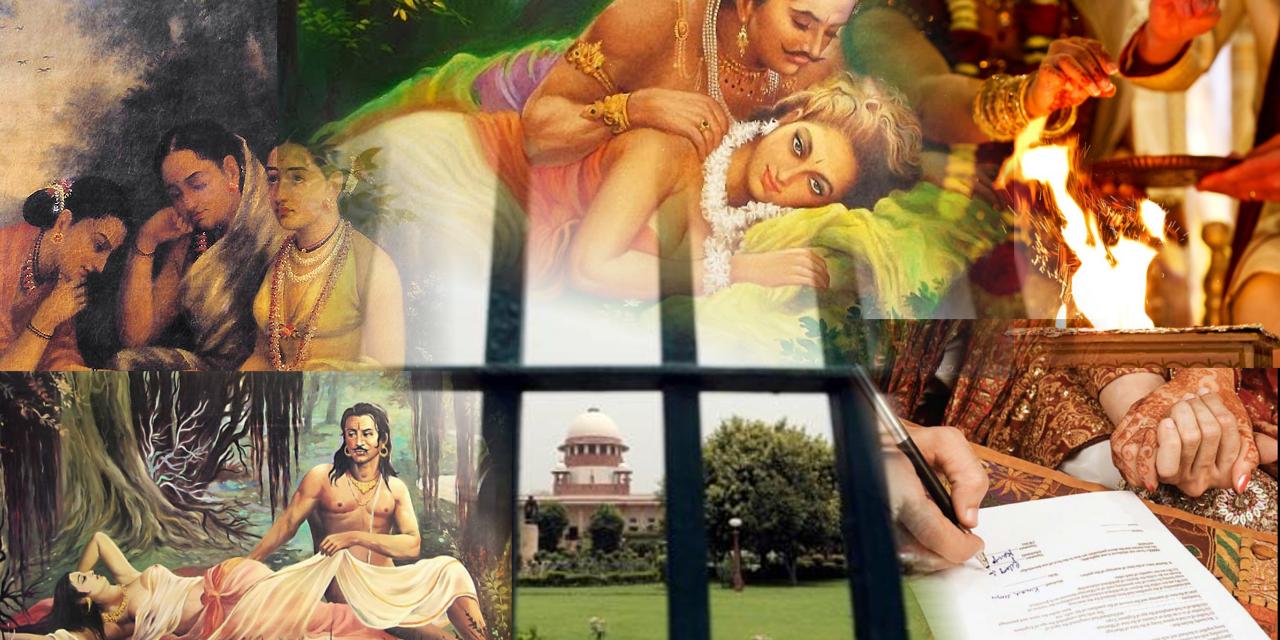 Indian judiciary has decided to become de-facto leader on what constitutes Hinduism and what is not instead of following the law, after Narendra Modi has come into power. Rule of law and court of law are being replaced by rule of power and court of opinions while judiciary avoids accountability to the majority Hindu public it is supposed to provide justice to.

Ever since Narendra Modi declared that fixing judicial corruption is in his agenda, judiciary of India has decided to vent its frustration on poor Hindus. Gone are the days when Supreme Court of India (SC) respected separation of the church and the state. Gone are the days when SC avoided this topic by saying Hinduism can broadly be described as a way of life and nothing more.

No sir! Now, can menstruation be a factor in temple entry, asks Supreme Court. It debates if the wishes of God imagined as a deity actually exist or those who have managed the temple have created all this nonsense. It uses the tolerance of Hindus against themselves.

So let us examine what actually Hindu philosophy as written in Manusmṛti says about marriage:

It is very clear from above that Hindu philosophy of marriage is very advanced and very detailed. I have but scratched the surface to illustrate those points that directly contradict our current law – The Hindu Marriage Act of 1955 (HMA). The reason for this mismatch is that HMA was created after definition of marriage got an Islamic flavour and then English speaking coat wearing west-followers modified that to make it more westernized.

Because of these historical reasons HMA has got absolutely no relationship to the Hindu philosophy. And yet HMA is just as alien to the current realities of our country where women are working shoulder to shoulder with men and live-in relationships have become a norm.

In this scenario judiciary has decided to not even follow the word of the law, giving lame excuses in the name of Hindu philosophy which it itself openly mocks as man-made fiction. Rule of law was established so that public could follow it. When judiciary usurps the word of law and creates its own, it undermines democracy and destroys trust of the public. Time has come for judiciary to accept that British are gone and it is Indians living in India who are to be the stalwarts of Indian law which judiciary needs to follow, and not the other way around.

This article was first printed in Merinews.